It was a sad sad day for us and the rest of the world of ballet.

I’m not even in New York City.

It was Monday evening for us, here in Singapore. I was about to go to bed, and I was updating our twitter. After that, I scrolled through the twitter feed to know what’s going on in the world of ballet.

A post caught my eye: ‘David Howard suffered strokes over the weekend and has passed away.” I still can’t remember who tweeted it and I couldn’t find it.

I was stunned. I was in New York City just a couple months ago and even took class with him at Broadway Dance Center!

I tried googling for news of his passing but to no avail. The only information I could find about him on the news was this comprehensive article (quite a good read, nonetheless).

I find it absurd that there is no news about his death, and only those in the ballet world, for instance the prominent people in ballet, pointe magazine seemed to know etc.

Though David Howard, the legendary ballet teacher may not have impacted the younger dancers of today, I certainly remember him in my early days of dancing ballet up till now. I’m not even from the United States.

So who is David Howard?

He is a master ballet teacher born in Britain but made his mark in the ballet world in America working with American dancers. He danced with the Royal Ballet until an injury forced him to consider another career. He has worked closely with

The first time I came across David Howard was when I first bought his DVDs. For instance, the Ballet Class for Beginners

. They weren’t available in Singapore, so I had them specially shipped over.

Then I came across some of his principles of teaching ballet, which were very interesting, in this book, The Art of Teaching Ballet: Ten Twentieth-Century Masters

In that book, the author features prominent ballet teachers. They were ‘teachers to the stars’ – by either producing or attracting very many talented dancers. The author wanted to find out why these teachers were different. There is a whole chapter being devoted to David Howard. His methods of teaching are very cyclical, something I think is extremely interesting.

I remember him saying that he doesn’t like to start a class with foot exercises because he claims there’s too much focus on “down there” instead of “high there”.

There are a lot of other interesting ballet teaching and dancing technique that was gathered in that chapter in the book!

. It took me quite a while to track that book down. 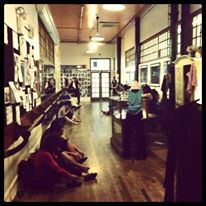 I also remember reading a long article he wrote stapled to one of the billboards of Steps on Broadway dance studio in New York City. The billboards was on the left, right there in the picture.

It was written by David Howard, about his journey to coming to America, realizing how much he loved working with Americans, as there is so much energy and excitement here. He raved about all that he loved about America.

I remember smiling and enjoying the read while I waited for my class. It was then I was convinced that the schedule I held in my hand featured the REAL David Howard teaching right there at Steps! I didn’t quite believe he would be still teaching, let alone teaching at the studio that I was about to take class in.

Maybe for Americans, it was a very normal thing. But for someone like me who had travelled all the way from Singapore, it was a big deal.

When I tried class from another studio, this time at Broadway Dance Center, again, I saw David Howard teaching in their schedule on the website. I signed up for the class but didn’t dance that much during that session. There were so many professionals in that class! I did manage to take a spy shot of him. I was ballet star-struck.

Though it was just a regular class, I guess it felt special to me that he was integral to producing so many wonderful dancers, whose work I’ve enjoyed in books, DVDs and performances.

I remember doing research on how the way ballet is taught has changed over the years, and I was also trying to find out the different challenges ballet teachers have in teaching ballet today. It was interesting how David Howard said, during an interview that children these days are not as coordinated as before due to the large amount of riding in cars, instead of being on a bicycle and running around.

Check out his interview in this video below.

I’m still waiting for the news. I don’t know, and I can’t seem to find any information online. I tried googling him but only old news of him came up.

From my twitter, it seemed that he suffered strokes and passed away.

I believe he was still teaching, as I did a quick check on Broadway Dance Center’s website, where he is  still listed in the teaching faculty of Ballet, and it has him listed teaching Adv Beginner classes from 430-6pm on Tuesday and Thursday. I’m sure it would be taken down soon.

Then I hurriedly checked Broadway’s schedule, and true enough, he has been replaced.

I hope there will be more news about David Howard soon.

May he rest in peace.
*** update: NY times wrote about David Howard here.

This article was written by S.Tanaya.


Share this:
Facebook Twitter LinkedIn Google + Pinterest Tumblr
More in this category: Designed by Bluebelle » An Italian dancer finds her way » The Naughty Boy Who Became a Dancer » Katie inspires us with her love of ballet »
Next Post Ballet Workshop at Yale-NUS College